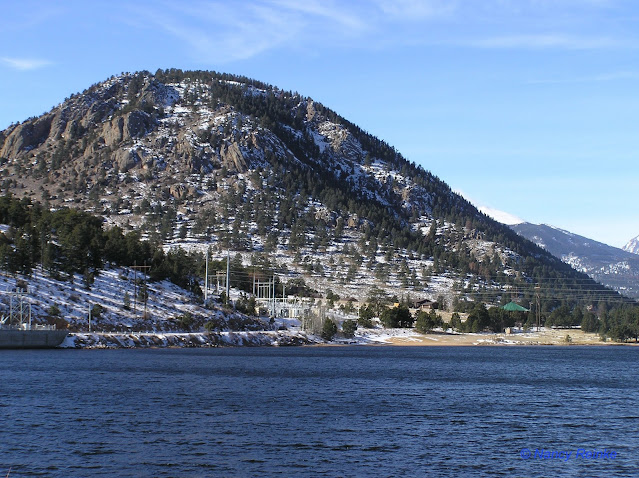 Last week I shared some thoughts on forgiving others. I've been thinking more about that and I feel compelled to touch on an aspect of forgiveness that's outside the bounds of the ordinary, and that's if we're in an abusive relationship. An abuser will often ask for forgiveness and then turn right around and continue to abuse. I'm not suggesting that we allow that to continue under the guise of forgiving the other person as the Bible teaches. I want to say to anyone who is living in an abusive relationship -- whether it's physical, verbal or emotional abuse -- Get Out! Yes, there will be a need for you to release your hurt to the Lord and eventually He will help you to forgive your abuser. But first you must protect yourself (and your children if they are still at home) and remove yourself from that situation. In no way does God want you to live with abuse. I can't say that strongly enough.

Okay, I just felt I needed to make that clear.

Today I want to share some thoughts on trusting God based on a devotional I wrote 10 years ago.

I suspect there's no one reading these words who can say they've never experienced trouble of some kind. Life is full of hard times, what Bible teachers often refer to as "the storms of life".  In the Gospel of Luke, Chapter 8:22-25 we read the account of the disciples and Jesus crossing the lake. As they were sailing, the Lord fell asleep. Suddenly a storm came upon the lake and the boat was swamped with water.

"They came to Jesus and woke Him up, saying, 'Master, Master, we are perishing!' And He got up and rebuked the wind and the surging waves, and they stopped, and it became calm.

And He said to them, 'Where is your faith?' They were fearful and amazed, saying to one another, 'Who then is this, that He commands even the winds and the water, and they obey Him?'" (Luke 8:24-25)

Sometimes storms come into our lives through disobedience to God's word. If we fail to follow His instruction, the result can be tumultuous. But far more often storms come so that God can deliver us and increase our trust in Him. The disciples were on the Sea of Galilee because Jesus said, "Let us go over to the other side of the lake." He said let's go, and they went. Now do you suppose for a moment that Jesus had no idea a "fierce gale of wind" (v. 23 NASB) was about to rack their boat and threaten to drown them? Of course He knew. He was God in the flesh. He knew that a life-threatening storm was brewing. It's very telling that with this knowledge the Lord then went to sleep. He had no fear of the coming storm, for He had control over it. He would allow it to appear, and He would calm it. This was the first time the disciples lives were in danger. They had seen their master perform many miracles, but this was personal. Their faith had not yet been tested to this extent. They cried out to the Lord in desperation and He immediately saved them. He rebuked the "wind and the surging waves" and they stopped. All became calm. And then He asked His disciples, "Where is your faith?" From the text we don't see them answer His question. Only that they were filled with fear and amazement, and wondered who it was who had that kind of control. I certainly can look at my own life and see how God allowed storms to come and then calmed them. Through these events He taught me more about who He is, and my trust in Him increased. No longer do I ask, "Who is this Jesus, then?" I know who He is.  .  .the all-powerful Living God.

After my late husband's passing I played a song from Casting Crowns over and over again. I'd like to share it with you here. I hope it will be an encouragement to you, whether you are in the midst of a storm right now, or not.