Built in 1895, Waverly Cottage in Medford, Oregon is this week's featured small space. Welcome to the eightieth post in the series
"Living Large in Small Spaces".

As soon as I discovered Waverly Cottage I felt the 1200 sq ft gem was destined to be part of the Living Large In Small Spaces series.  Fortunately, the owners Robert and Tiffany Pool have allowed me the privilege of sharing it with you.

Also known as the Shone-Charley House, Waverly Cottage was built by Joe Shone in the Queen Anne/Eastlake style. W. J. Benett was the architect. An article in the Medford Mail, January 10, 1896, page 5 reads:

"Joe Shone is putting in some good work these days on his new residence, which, when completed, will be one of the best and prettiest buildings in Medford. Joe being a carpenter—and a good one—he is leaving not a thing undone that would help the building's beauty and convenience. One especially fine feature is that the building stands well up off the ground, thus permitting of the grading of splendid grounds around it. The finish of the building is to be of a style of architecture very out of the ordinary and when completed it cannot fail to attract much favorable comment." (source) 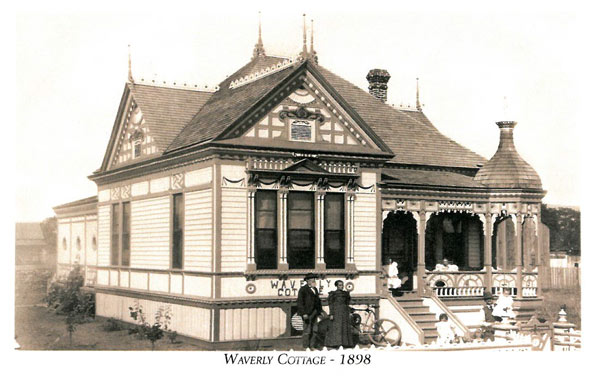 The Shones sold the house in 1901 to William and Andromeda Charley. The house remained in the Charley family until 1978.

When the Pools purchased Waverly in the early 2000s it was in poor shape, and so they began a complete restoration from the foundation up. Using old photos as a guide, Robert rebuilt the original porch and the carriage house. (He's also in the process of recreating all the elaborate embellishments.) The project took four years to complete, after which the Pools lived in the home for four years. Later, they used it as an antique store and now operate the cottage as a bed and breakfast. 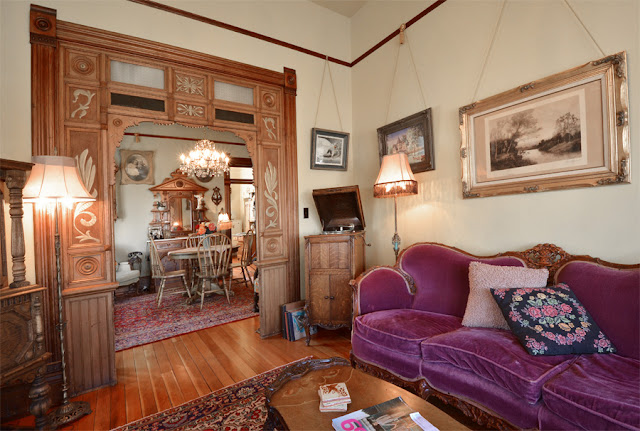 It's easy to see the love and care Robert and Tiffany have poured into Waverly's revival. On the National Register of Historic Places, Waverly Cottage was the winner of the City of Medford Historic Renovation Award by the city’s Landmarks and Historic Preservation Commission in 2008. 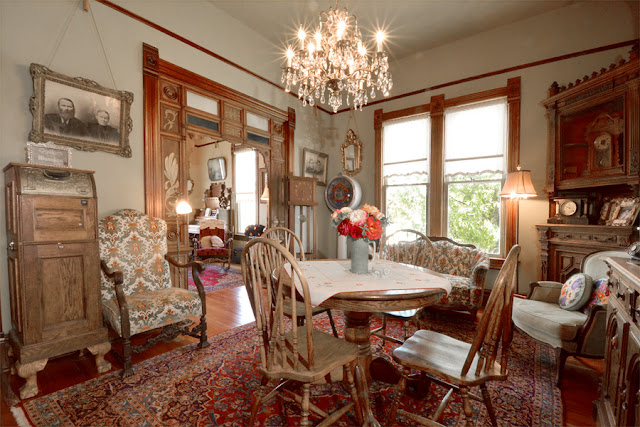 The archway between the parlor and dining room is hand carved of red cedar with gold leaf designs and decorative glass insets. The arch is offset with similarly intricate matching red cedar woodwork.

In every aspect this charming cottage lives much larger than its size. Each room is beautifully decorated with period antiques. 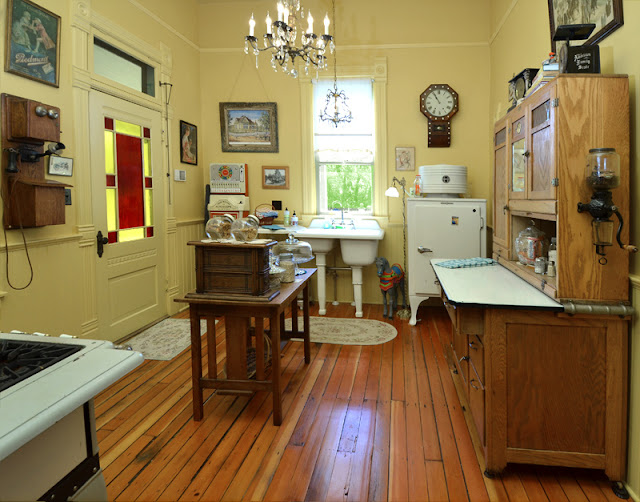 Even the kitchen is equipped with antique appliances. The house has seven operable transom windows above the doors. 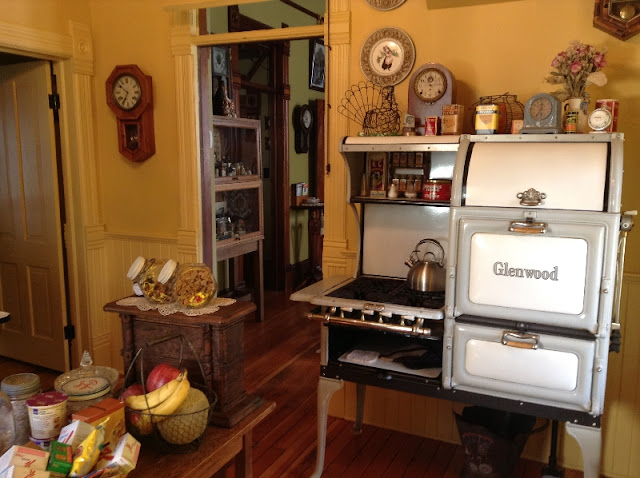 You'll notice chandeliers throughout the cottage. 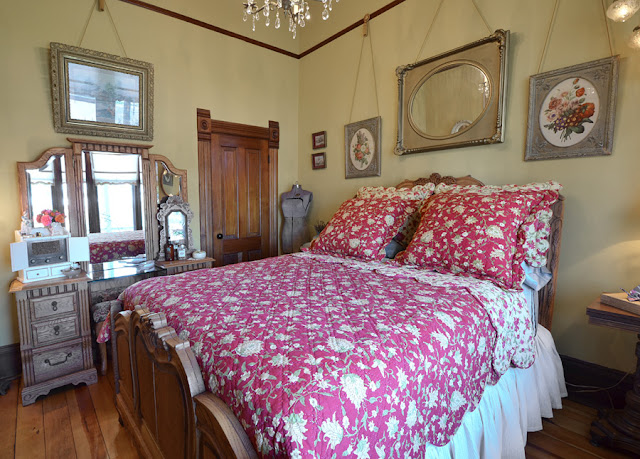 True to the age of the home, artwork hangs from picture rails. 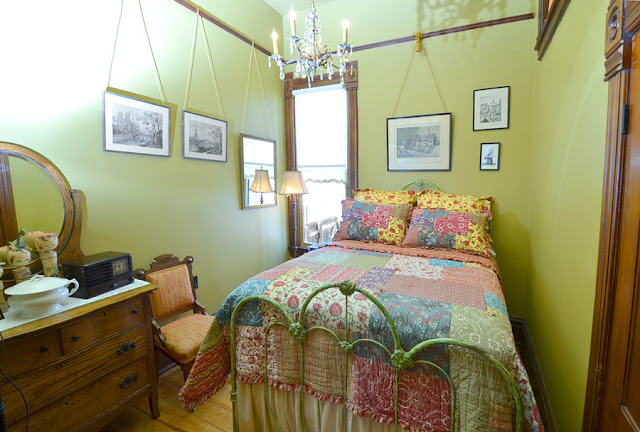 The bathroom is dreamy. 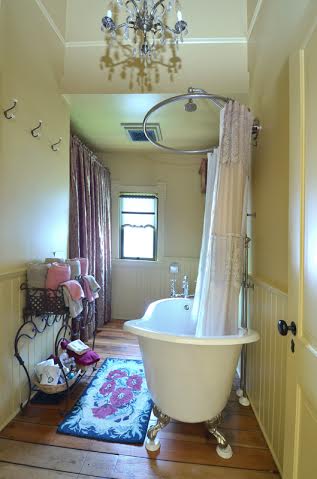 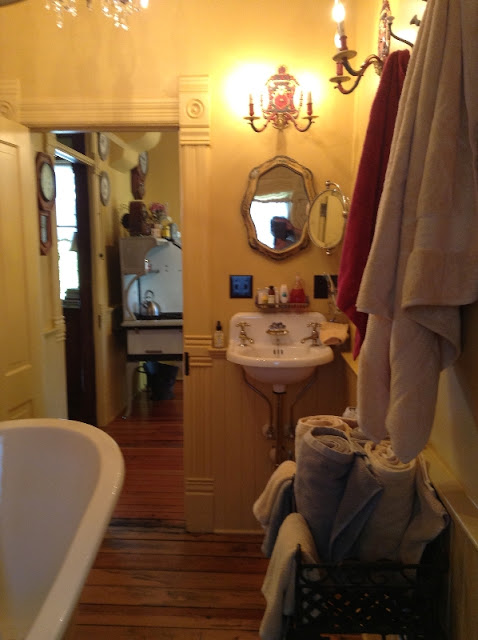 Walking through the door of Waverly Cottage one may feel as if they've stepped through a time portal. It has so much character.

Tell me, do you live in a period home?


Waverly Cottage is a Boutique style two bedroom, one bath National Historic Home/Museum and was featured courtesty of Robert and Tiffany Pool. To learn more about Waverly Cottage and reservation opportunities, click here.


Join me next Saturday for another post in the special series