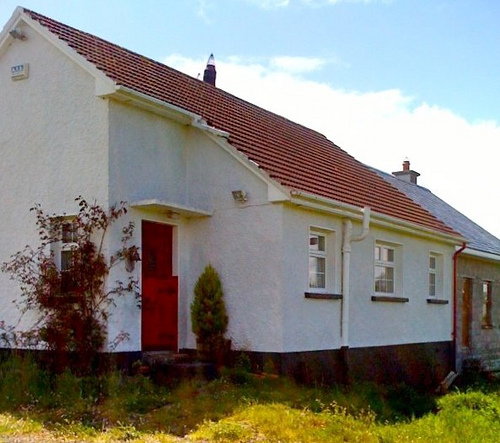 What happens when an Irish American visits his ancestral land and discovers an unoccupied cottage for sale in County Tipperary? Why, he buys the cottage, of course, lovingly renovates it and, serendipitously, it becomes an Irish guesthouse.

It is with great pleasure that I introduce you to Knockahopple Cottage and its owner Liam Hughes. 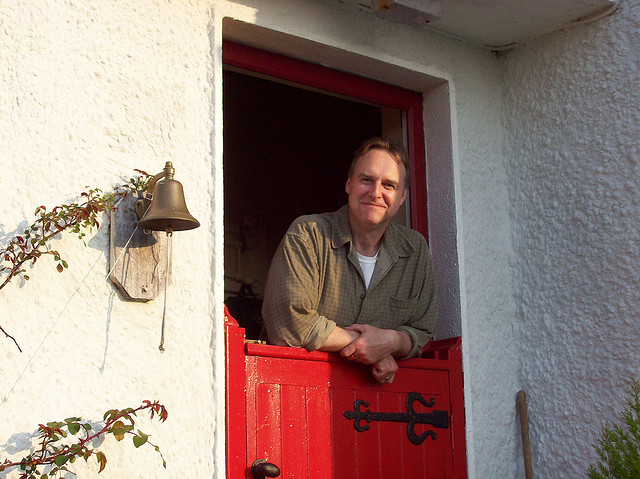 In the mid-1800's Liam's great grandfather came to America from Knockahopple, a townsland nestled in the beautiful Silvermines Mountains of County Tipperary. As a boy Liam often visited the area with his family. 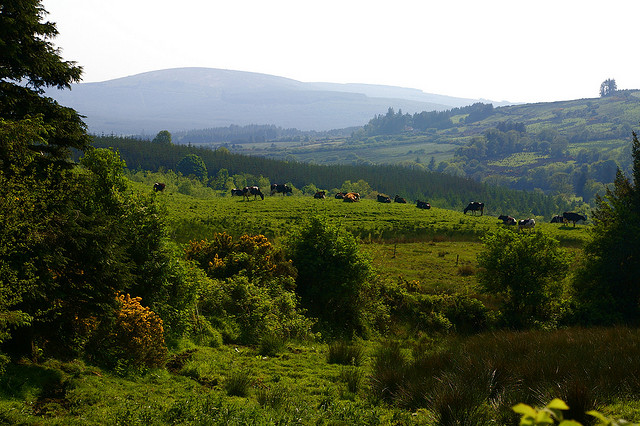 During a visit in 1989 Liam asked his cousin if there were any cottages for sale in the area. His cousin directed him to what is now called "Knockahopple Cottage." 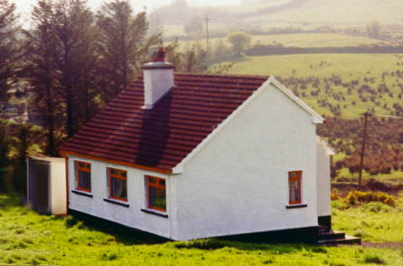 The cottage had been vacant for some time and required a good deal of work to bring it to a livable condition. Major improvements included a new addition 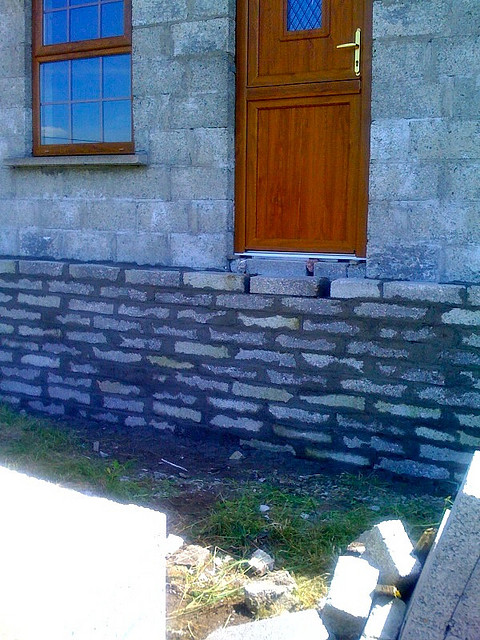 and new floors in the original section of the cottage. 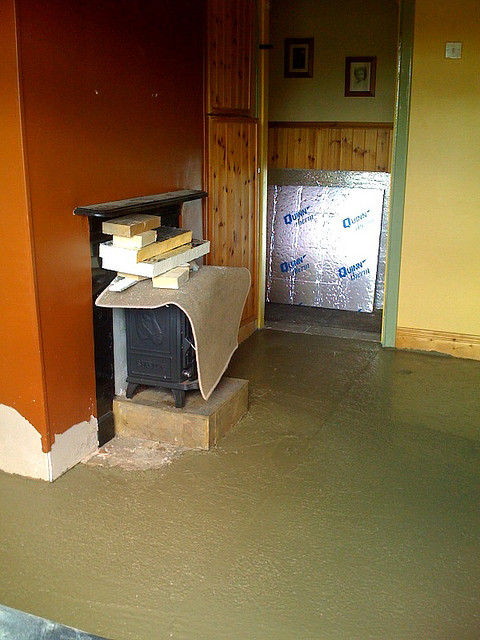 Liam maintained the integrity of the traditional cottage while performing the needed updates.

A working kitchen is accessed through a half door just off the cozy eating area. 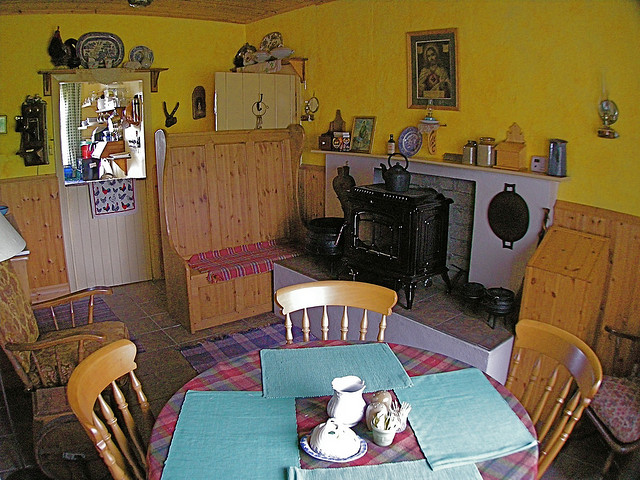 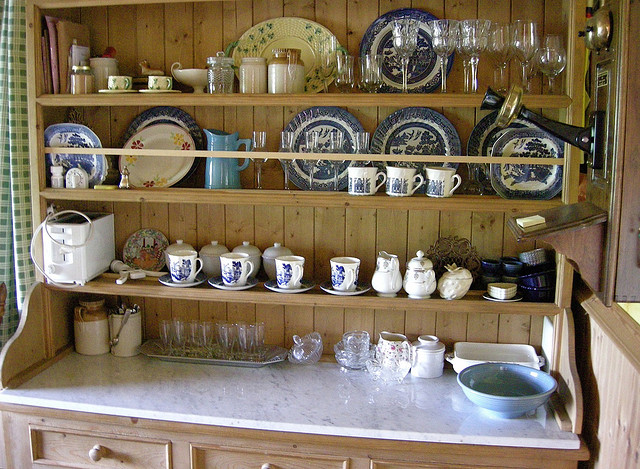 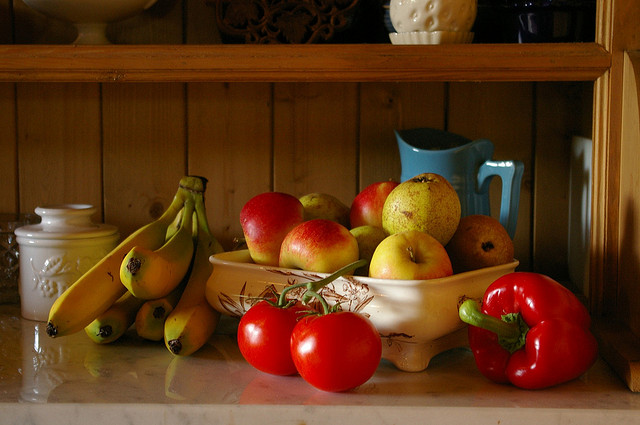 The remodeled sitting room is warm and inviting. 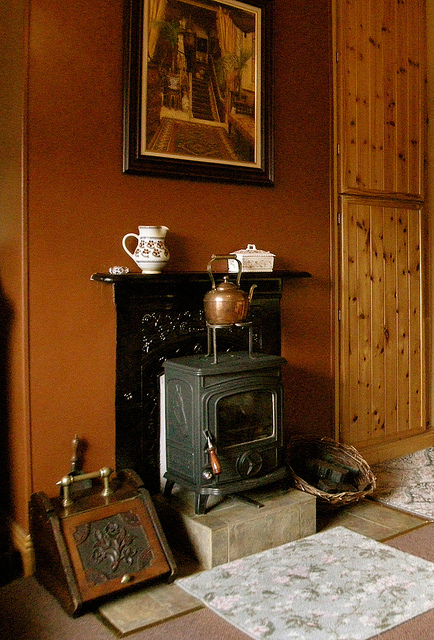 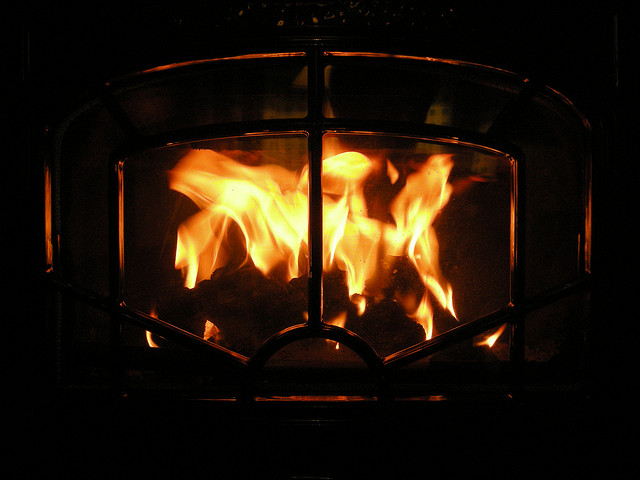 Liam's penchant for collecting antiques has added to the charm of Knockahopple. 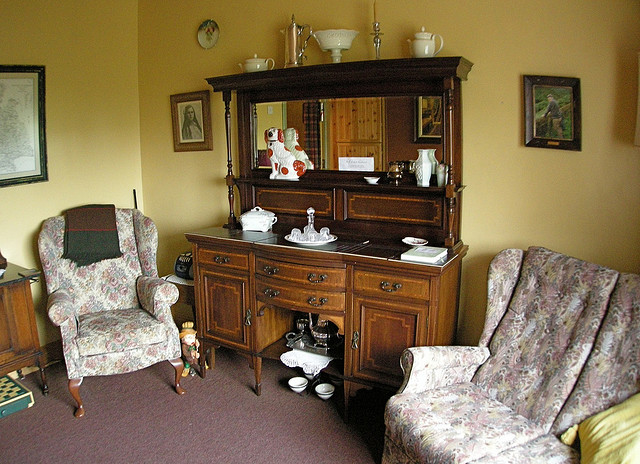 Glorious flowers are seen throughout the cottage and grounds. 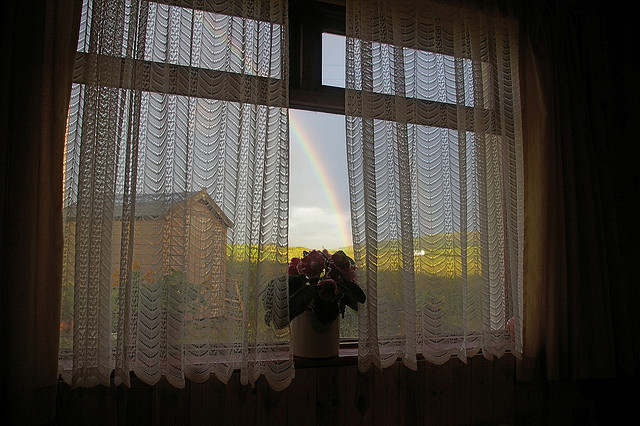 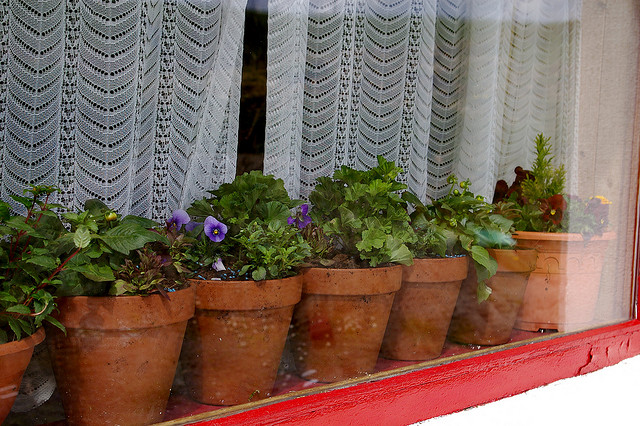 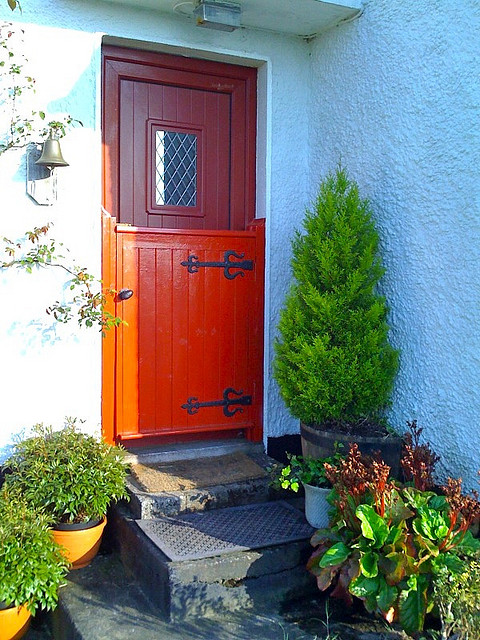 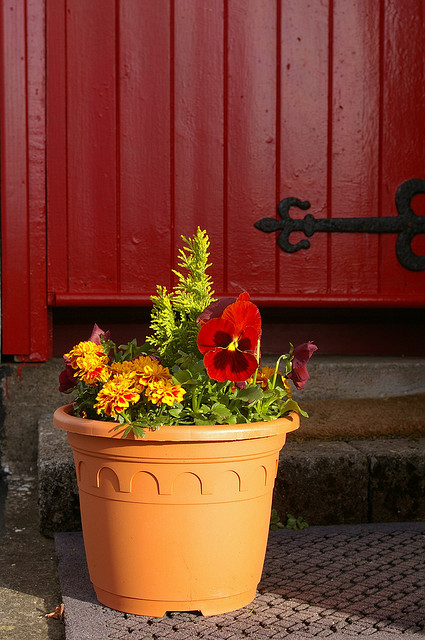 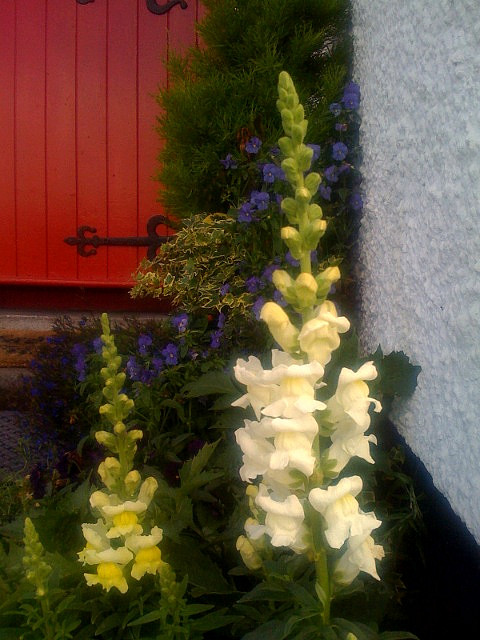 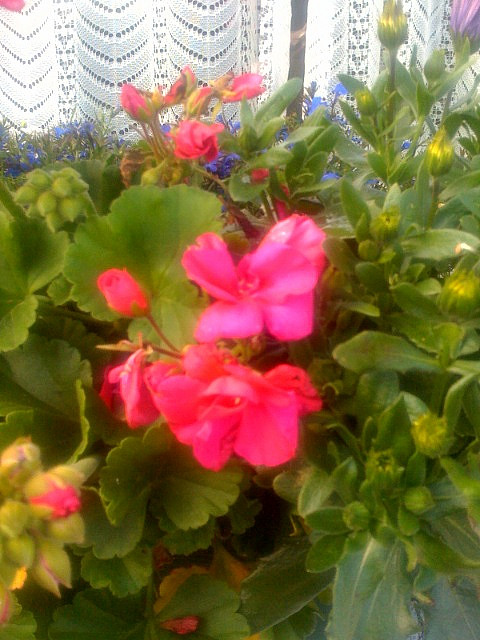 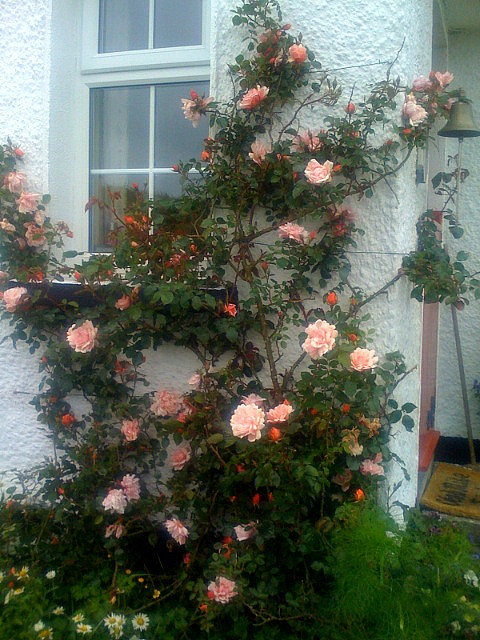 and hug the quaint doorbell. 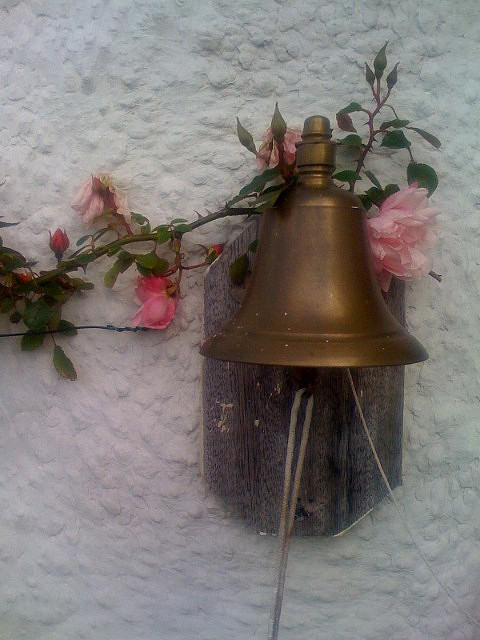 Initially, the only guests Liam planned to host at Knockahopple Cottage were family and close friends. But then he received a phone call from a seventy-five-year-old woman in Indiana named Gaeney. She was planning a visit with her friend to Ireland in 1999 and, having heard of Knockahopple from a friend of Liam's mother, was interested in staying at the cottage.

Liam says, "We made the arrangements over the phone, but she was disheartened to learn that her age restricted her from renting a car in Ireland. That was when she asked if I would be interested in driving her and her friend to their destinations."

Liam agreed and worked out the details of the trip. When the two women arrived in Ireland, he drove them to Knockahopple Cottage and served them tea and scones. The next morning he served a full Irish breakfast, including fresh baked soda bread that he cooked over the open fire in the kitchen. "A secret I learned from my Irish cousin, Anna Mae," he says.

During their two week stay at Knockahopple Cottage Liam  showed the ladies the Ireland most tourists don't see. Gaeney was so impressed with her stay that she urged Liam to "put his passion for showing off the real Ireland to work."

Liam took her advice, and that's how Knockahopple Cottage and Tours came to be. Although his guesthouse business has grown, Liam intentionally keeps it small and personalized.

When he's not busy with Knockahopple guests, Liam pursues his other passion: designing and making shard jewelry.


An excerpt from Liam's Shard Jewelry website gives the background of his exquisite art:

"My shard jewelry finds its roots in the folk art known as Pique Assiette, French for 'stolen from the plate.' The art form was first recognized in Africa where pottery vessels were used to mark the graves of their previous owners. Later, the Victorians placed broken china on jars and vases to make memory jugs. Today, broken china continues to be recycled into tabletops, picture frames and a variety ofother items…all forms of Pique Assiette."

Liam personally creates each piece himself.

He says, "Twice a year, I unveil my new collections at Spring and Winter Shows held every April and November. Meanwhile, I also sell my work at select craft shows, private home showings, and in my online store."


I was surprised to find how reasonably priced these unique pieces are. You can see more of Liam's collection at liamshardjewelry.com

I hope you've enjoyed our peek into Knockahopple Cottage and Liam's shard jewelry. I want to thank Liam for allowing me the privilege of using his photos, and sharing his cottage life here at A Joyful Cottage.

For more information about Knockahopple Cottage, or to book a stay, visit Liam's website: www.knockahopple.com